Mobile world congress in 2019. was just a slight improvement against the last year MWC. The main theme changed from selfdriving onto robotics and computer vision. Both selfdriving and robotics are powered by AI (Artificial intelligence). And 5G was everywhere (and real 5G modems,  not power point modems, as per Huawei).

FaceBook, together with many operators is trying to support open source community to develop ecosystem that could compete against Huawei, named Telecom infrastructure project (TIP). One part of the TIP is CrowdCell which was presented in FaceBook’s booth, and for the purpose of demo, integrated with Athonet nVidia GPUs server.

CrowdCell is an SDR platform running on Lime mycrosystems SDR platform. The main value Lime claims to bring are their RF chips (as opposed to an usual SDR solution which would use a combination of different chips, which might not satisfy commercial power/ dimensions requirement, Lime packaged all RF baseband processing into a single chip). Lime investors include DFJ Capital of Steve Jurvetson fame. The suspicion is that VC is targeting AI + SDR combination. Myriad RF and bladeRF are using Lime chip, in combination with Altera FPGA. (Altera can be replaced by Xilinx if needed.)

Benetel is another SDR company, member of TIP, which beside base stations is doing UEs based on SDR. (Note: I was told about Benetel by Euricom.)

Huawei came out with full spectrum of AI chips (embedded) and cards (PCIe). (Note: For a brief moment I was there, it was almost an empty stand with more interest from Chinese onlookers than anyone else – presentation was in Chinese.)

The table below contains some comparison between Huawei AI and the rest.
(While Huawei effort is commendable, there’s a long way to catch up.)

Xilinx has on its stand an impressive Zynq RFSoC solution (8×8 MIMO) and Virtex xDNN FPGA card.

Main job for FPGA card is image recognition, and to lesser extent speech processing. There’s a new versal architecture on 7nm coming end of the year.
(There’s something strange with Xilinx numbers. It’s not clear why FPGA cards are so successful.)

Orbl.io is a small Estonian company providing 5x DNNs to determine face, age, gender, emotions and liveliness of a person. Orbl sales are in Bay area.

Israeli stand is again bigger this year. It always seems to be the most innovative and commercially ready stand.

Ionterra presented a SW solution for object recognition, tailored for low power devices (Raspberry pie or ARM, e.g.) which would achieve high FPS (Frames per second) without using DNNs. The nature of the algorithm was not revealed, but it’s clear to see the need (e.g. emergency shutdown of a robot has to be controlled locally.)

Elsight had a highly networked solution. E.g. 4x radio links of 4x different operators from a single base station.

A Supermicro product manager was asked about DRAM pricing. The answer was that Supermicro has no pricing power when ordering memory and pays what suppliers ask. (If any negotiation takes place, memory supplier brings dubious arguments of fab flooding or similar, to maintain DRAM price.)
This DRAM contract price not going down is interesting. Definitely, the reduction in price is what would be expected based on DRAM price cycles.

One of Small cell forum vice-chairs is now with BEC technologies.

Introduction to C++ for robotics 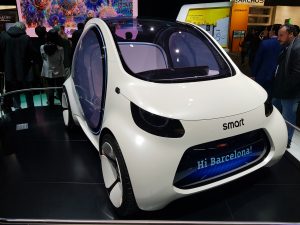 Drive a car down a highway with other cars using one’s own path planner. 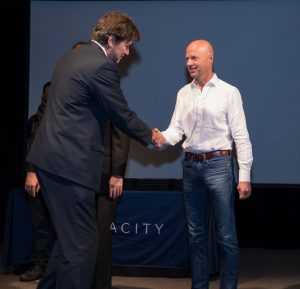 Technical support for the event was provided by SoftBank, ITRI and Magnum, a.i. 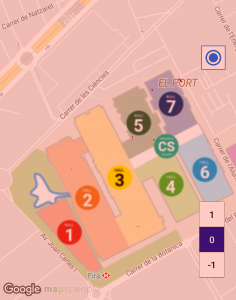 And when algorithms fail, below: